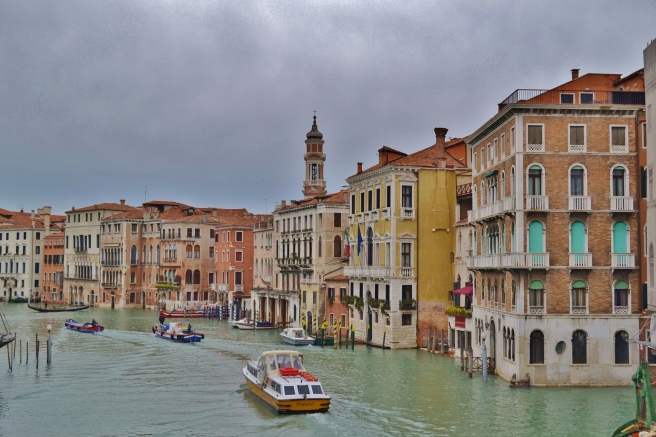 I am waking slowly to an overcast Saturday in Florida, a day that holds the promise of slow motion, relaxation.  A day that belies the power of this date.

November the 19th has seen its share of action over the years and across the continents.  Columbus discovered Puerto Rico.  The Mayflower reached Cape Cod.  The Battle of Stalingrad reached a turning point.  Indira Ghandi and Calvin Klein were born.  Franz Schubert and Mike Nichols died.  Apollo 12 astronauts walked on the moon (the ultimate extreme-travel destination).

And my favorite moment from the time and space capsule of November 19th: U.S. President Abraham Lincoln delivered the Gettysburg Address in 1863 as the Civil War raged on.  He stood at the cusp of the one-time battlefield, he dedicated a national cemetery for soldiers, and he reflected on the task of rededicating ourselves to the democratic ideal of equality and resolving that this new nation “by the people, of the people, and for the people shall not perish from the earth.”

Lincoln mused that “the world will little note nor long remember what we say here,” but he was mistaken.  His speech feels like part of the bedrock of our culture– inspiring on our good days, re-centering on our bad days, and acting as a touchstone when the stresses of maintaining our union and healing its fissures weigh heavy.

Who knows what November 19, 2016 will bring to your life and your corner of the world . . . but you could do worse than to start your day with the words of Abraham Lincoln:

Four score and seven years ago our fathers brought forth on this continent a new nation, conceived in liberty, and dedicated to the proposition that all men are created equal.

Now we are engaged in a great civil war, testing whether that nation, or any nation so conceived and so dedicated, can long endure. We are met on a great battlefield of that war. We have come to dedicate a portion of that field, as a final resting place for those who here gave their lives that that nation might live. It is altogether fitting and proper that we should do this.

But, in a larger sense, we can not dedicate, we can not consecrate, we can not hallow this ground. The brave men, living and dead, who struggled here, have consecrated it, far above our poor power to add or detract. The world will little note, nor long remember what we say here, but it can never forget what they did here. It is for us the living, rather, to be dedicated here to the unfinished work which they who fought here have thus far so nobly advanced. It is rather for us to be here dedicated to the great task remaining before us—that from these honored dead we take increased devotion to that cause for which they gave the last full measure of devotion—that we here highly resolve that these dead shall not have died in vain—that this nation, under God, shall have a new birth of freedom—and that government of the people, by the people, for the people, shall not perish from the earth.

“Don’t let anyone say that it’s just a game/ For I’ve seen other teams and it’s never the same.”  Eddie Vedder about the Chicago Cubs

Well, my reading tribe, the Chicago Cubs just won the World Series — there is a landslide of joy in Mudville!!!   Well done, Cubs!  You’ve made Chicago and all of your fans proud.

This isn’t news to you Americans, and it may grab you  international readers with all of the excitement that  the  news of Snookers Finals grab most of us.  But if you knew the underdog story, and the absolute loyalty of this underdog’s fan base, you’d come around.

One of my early blog posts (when only my parents read) was about Wrigley Field: Wrigley Field, Chicago–100 Years Old Today.  That was two years ago, when The Billy Goat Curse still had it’s grip on the Cubs.  It was a powerful curse, too.  But it was broken spectacularly, and in no small measure by true love and utter belief from Cubs fans.  They never lost faith, they never lost hope.  The Friendly Confines will make that sort of fan out of you.

It’s been a week in need of some joy here in America, and the Cubs could hardly have planned a more uplifting win:  after 108 years of championship drought, 71 years of a billy goat curse, decades of being the butt of jokes, a full 7 games of World Series, and a final game of near certain win turned into a nail-biter of extra innings and torrential rain and rain delays, this is the stuff of operatic crescendo, of Hollywood movies,  of tears of joy and dancing in the streets.

The Cubs have always shown good sportsmanship, and now no one can question their showmanship– I’d trade a hundred other consistently good enough teams for this jewel.  *Love-Joy-Cubs*

Eddie Vedder’s song “All the Way” captures the spirit of the Cubs, the classic Wrigley Field, and all those loyal Cubs fans.