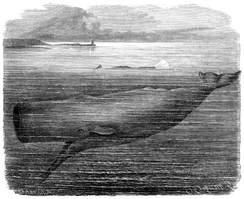 This is a traveler’s tale, believe me.  Just suspend your disbelief for a few minutes, and you’ll see how it all comes around.

“What’s in a name? That which we call a rose
By any other name would smell as sweet.”  –so says Juliet in Shakespeare’s play.

Of course, the Bard is right when it comes to the star crossed lovers of his play, but other times it seems that there is something in a name.  Some hint of the stars, indeed, the trajectories of fate.  I offer up my husband’s family for closer inspection.  (Sorry guys!)

When we had our first child, I dabbled with dozens of name combinations.  I wanted to use family names, especially for my children’s middle names.  As it turned out, both of my kiddoes have middle names that come from my family.   I tried to be fair minded, but a quick look into my husband’s family tree sent me running scared.  The first three names to appear in the foliage of that tree?

Butts.  (Funny, but not for my children.)

(That’s where so many stories begin, isn’t it?  “Everything was just fine.   But then…”)

But then I picked up Nathaniel Philbrick’s book  In the Heart of the Sea: The Tragedy of the Whaleship Essex.  I picked it up because I’d loved his book Mayflower and I looked forward to hearing his voice again; I didn’t have any particular love of sea-faring tales.  But what a crazy tale opened up to me when I opened Philbrick’s book.  His story of the tragic wreck of the Whaleship Essex was a tale I already knew, in some measure, from  Moby Dick, Herman Melville’s long winded but brilliant tale of mania, fate, superstition, life and death, good and evil: the motherload of English Department themes.

The Essex was small, but she was known as a lucky, profitable ship when she left Nantucket in 1819.   Her voyage to the west coast of South America would take over two years, and things got rough for this lucky ship even in the first week of the voyage.  A squall hit and the ship was damaged.  But that was just the beginning.  By November of 1820, her luck ran out entirely.

I’d love to recount the entire story for you here, because it is horrifying and fascinating all at once, but Philbrick tells it best, and a blog post isn’t the right vehicle for an epic tale.  (Yes, I hear you thanking me.)  The half penny version is that the crew members were afloat in three small boats, with little water or food (much of which became salt-soaked and only increased their thirst).  They were about 2,000 miles off of the South American coast at the time.    The boats were separated in a squall.  Starvation and dissociative madness ensued, and death picked them off one by one.

Nearly 100 days after the Whaleship Essex sank, the very few survivors (about 5 men) were rescued.

1-The first mate, Owen Chase, was one of the survivors, and he wrote an account of the tragedy: The Wreck of the Whaleship Essex.

2- That account fell into the hands of Herman Melville while he was at sea on a whaling voyage.  In fact, legend has it that Melville met Owen Chase’s son on that voyage.  Chase reportedly gave Melville a copy of his father’s story.

3- Melville’s copy of the story indicates his deep connection with the surviving Essex men, as he scribbled in the pages, “Met Captain Pollard [who had captained the Essex] on Nantucket. To most islanders a nobody. To me, one of the most extraordinary men I have ever met.”

And so the story of the Essex has lived on in American literary culture–in spirit, if not in detail-for-detail fact.

But why do I offer it up here?  Because the Whaleship Essex was carrying a young boy named Owen Coffin.  Yes, Coffin:  one of the leaves in the foliage of my husband’s family tree.*  And one of the most gruesome, but absolutely necessary, links in bringing you the tale of the Essex and the novel Moby Dick. Without Owen Coffin, Captain Pollard and another boatmate would not have survived.

In the most desperate last days of their desperate ordeal, the men of the Essex survived only by resorting to cannibalism.  Disturbing enough that they had to cannibalize their dead shipmates, but in the final days they resorted, just this once,  to “drawing straws” to make the ultimate sacrifice.  One of their own would be killed to save the others.  Owen Coffin drew a bad lot.

Well, what is in a name, indeed?

I don’t regret bypassing the gloomy monicker for my own children, but then. . .

I also thrill to this odd link to American history –both in the Essex and in Melville’s near-Biblical tale of struggle and mania and survival.

I’ve traveled an awful lot of roads in life, in a journey not only over geographic terrain, but over cultural and temporal peaks as well–that’s the nature of our lives’ stories.  So if my children’s stories reach back to a heritage that includes Owen Coffin’s tale–Owen Coffin’s horrible, gruesome, but somehow resilient tale (in the survival of Chase and under the pen of Melville)–then I am thrilled.

It’s a very long view of the journey, isn’t it?

But Owen Chase lived to tell.

And he told Herman Melville, whose book bombed in his own  time .  . .

But became a classic of literature in the 20th century.

And I scoffed at the name Coffin. . . only to find that I admire it more than I could have imagined.

As we travelers always say,  “What a long, strange trip it’s been.”

*My husband’s ancestor left Nantucket for the coast of Canada in the years following the American Revolution.  It’s not clear whether he was also a whaler, but he may have been a loyalist in the King’s Navy during the war.