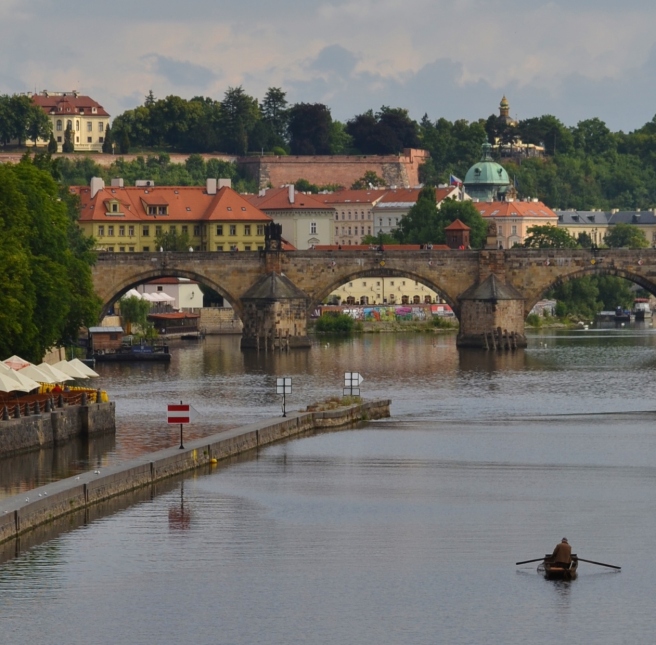 We woke up early one day in Prague–planning to walk the town, and especially the Charles Bridge area, before the rest of the tourists woke up and the crowds gathered.  It was a good plan.  Prague is a fantastic city, but the summertime throng of tourists (added to the 100 degree heat of this particular week) is oppressive. 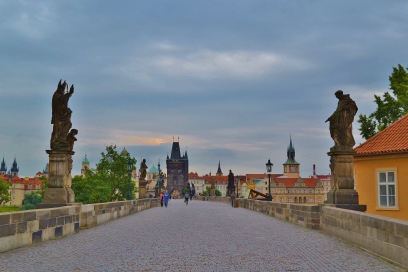 So we started early, in order to have views like this:

We very nearly had the bridge and the streets to ourselves.  We meandered, took photos, and drank coffee. 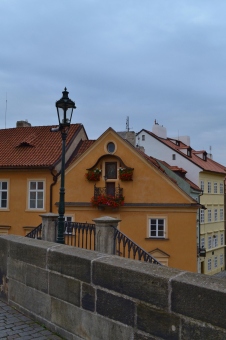 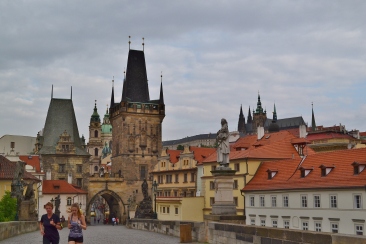 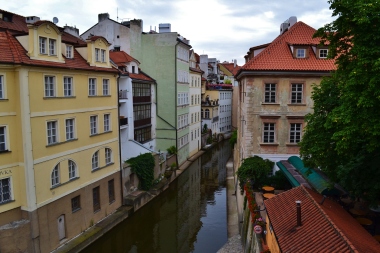 The sky was hazy in an early-morning way, and, while our spirits were high, our brains were just peeking out of their foggy morning stupors too.  We were in a quiet, subdued sort of morning state when we turned to make our way back over the Vltava River.

We walked slowly, sipping our coffee, and looked up to see this:

I snapped a photo and sipped more coffee.  As I walked along, I kept a lookout over my left shoulder to watch the rower’s progress. 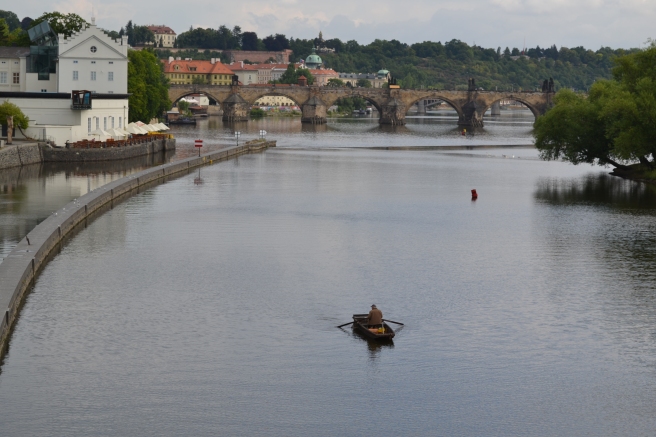 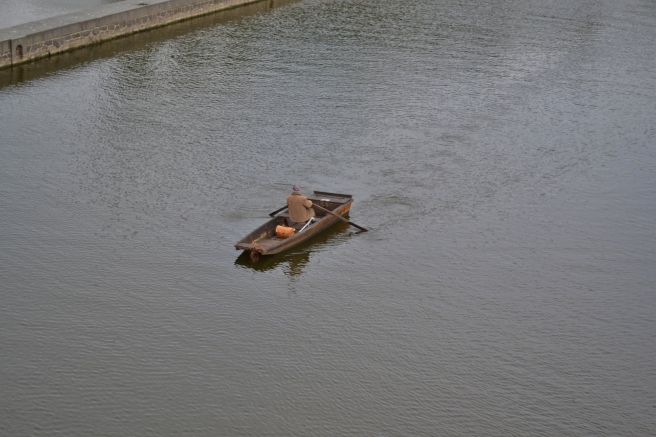 Once he was close to me, I realized that this was a very elderly man, rowing his solitary boat down the long river ever so slowly.  He was dressed for more than that slight chill of the morning, in a heavy jacket and old camouflage pants, and he sat with his back to his travel bag and crutch in a rustic wooden boat. 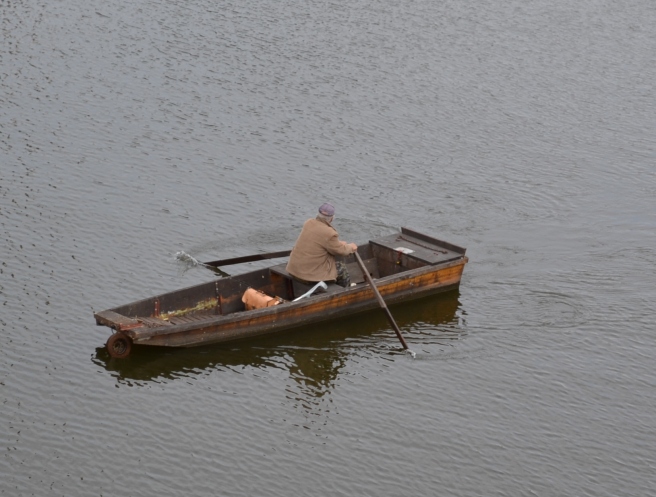 Where was he going, this elderly man who walked with a crutch and a heavy bag?  Was he rowing across town because it was easier than walking?  Was he making a longer journey, across towns or across borders, with just his arms and the current to propel him?  This man was a story that I’d never have the chance to read to its end–and that made me a little sad.  But I quietly cheered him on as he passed– he was the old man and the sea, full of determination and greatness, bowing neither to age nor circumstance.

When you look at a map of the Czech Republic, you will see a land locked country.  I used to see the same.  No more.  To me, the old man and the sea will always be an integral part of the city of Prague.

14 thoughts on “The Old Man and the Sea”