I have a buddy named Vic. I haven’t seen him since about 2001, but never mind that– Vic is one of those friendly people that you count your pal despite the decades that may intervene between your visits. I can’t say that I’ve had many occasions to think about Vic in the back and forth of my day to day life, but this week he’s been a constant companion, whispering in my ear every time I look out the windows off the back of my house. 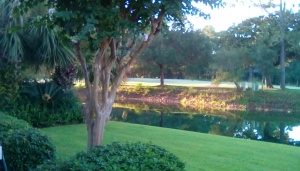 Vic is from Georgia, down to the very marrow in his bones. He’s prone to phrases like “knee high to a grasshopper,” so when he whispers in your ear it’s a voice that is distinct and immediately recognizable.
One of Vic’s favorite phrases back in the early 90’s was “Good Lord willing and the creek don’t rise.” It was applicable to any situation, and so it rolled off his tongue the way dice roll smoothly, but purposefully, from a gambler’s fingers. And it always seemed to hit its target: truly, our best laid plans are all contingent on factors beyond our control to some degree. So that’s how it punctuated his speech—everything you were doing, might do, or had very nearly clinched had this element of unpredictability to it. Perhaps it just wasn’t meant to be (“Good Lord willing,” it was), or there was always the possibility of unforeseen occurrences or disasters (sometimes the creek rises a little, sometimes the roads become rivers). 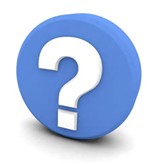 In the balance of things the good Lord is willing more often than the creek rises. Thank goodness.
But what does this have to do with me?
My friend Victor has been a chatterbox lately for a very good reason. I’ve just moved into a house that sits by a creek. Not really a creek, but more of a canal-shaped pond, and not so much by the pond as on the pond. It was a bold move on our part.
Two years ago, I wrote a post in this blog called “House Hunting at a Distance, aka Mission Impossible.” The post aired my frustrations with trying to find a house in Germany before we were actually in Germany. This year, we found ourselves faced with mission impossible once again, as we moved from Germany to Florida. But, this time, we chose to accept that mission.
With very little rental housing available for us to consider, and what was there today was snapped up by tomorrow (I kid you not, there was an absolute feeding frenzy around rental houses in this area in early May), we took the dive on one appealing house, despite realizing that it had some pitfalls. Some great selling points, yes, but great pitfalls too. (Do you remember that scene in Harry Potter when Harry is in Ollivander’s Wand Shop? Ollivander notes that Voldemort, whose wand is Harry’s twin, did great things. “Terrible, yes. But great.” This scene absolutely gave me chills. There is a complex, but undeniable truth to that logic. But I digress. . .)
So now we’ve moved into our beachy bungalow, and I am living with the terrible and the great all wrapped up in one package. Namely, the creek-that-shall-not-be-named, which happens to sit a few feet out my back door. 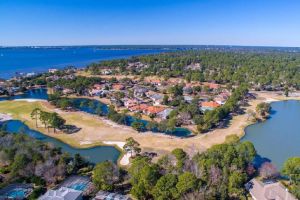 It makes for a beautiful view as you sip morning coffee or take your evening tea. It’s really an extraordinary landscape. We’ve only been here a few days, but already we’ve seen herons, turtles, cardinals, and rabbits all cavorting across our back lawn and in the water. In the evening, the sound of frogs is like nothing I’ve ever heard before—not the run of the mill “ribbets,” but like there’s a whole orchestra of croaks and duck-calls and trills. It’s so dark out, you can’t see the vocal rascals, but I go to sleep imagining a virtual “Wind in the Willows” of dapper little frogs in ascots tuning up their instruments. 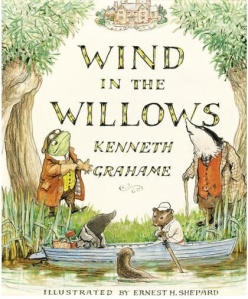 And alligators? Well, yes. We’ve asked neighbors about alligators and they do occasionally show up too. It’s not so much a worry as a reality to be aware of.
At least, that was the story two days ago.
Today, they caught a six footer in the next pond down (that’s about eight houses down, to put it in perspective). My doggy won’t be cavorting out back of the house any time soon. . . or any time at all.
I’ve got to admit, the thought of a large alligator on my block is terrifying . . . but also a little invigorating. (There is an echo to Ollivander’s words, “Terrible, yes. But great.”) Maybe awe-inspiring is the phrase I want. For all of the creature-comforts that I like in a neighborhood, I’m glad to know that we haven’t entirely driven the creatures out of their habitat. 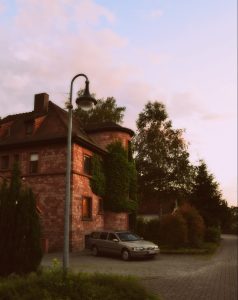 If our red stone castle-house anchored us immediately to our European environs, this bungalow has transported us handily into the heart of Florida. It’s certainly manicured for the Florida golf and baywater crowd, but it’s undeniably wild too. Sip your sangria and tee up your golf ball, and, oh yes, look out for the gators! 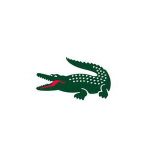 So on the subject of wild Florida, and back to the wisdom of my friend Vic, I’m also feeling the weight of the very literal question, “Will the creek rise?” A question no one can answer definitively. But the neighbors say “No, the creek spills into another pond next to it that lies about three feet lower down.” I’m told that, despite big storms in the past 5 years, there have been no worrisome creek levels. In fact, in my neighbor’s own words, “there just won’t be a problem with the water unless there is something really horrible like a big hurricane.”
So no worries. That never happens in Florida.

Cue the refrain, people:  Good Lord willing and the creek don’t rise. It may be my new mantra.

I should give my friend Vic a call. He’s well schooled in how these things work.  And if Vic doesn’t answer the phone, maybe I should consult our friend Ollivander. 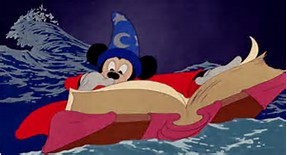 12 thoughts on “The Creek Don’t Rise”