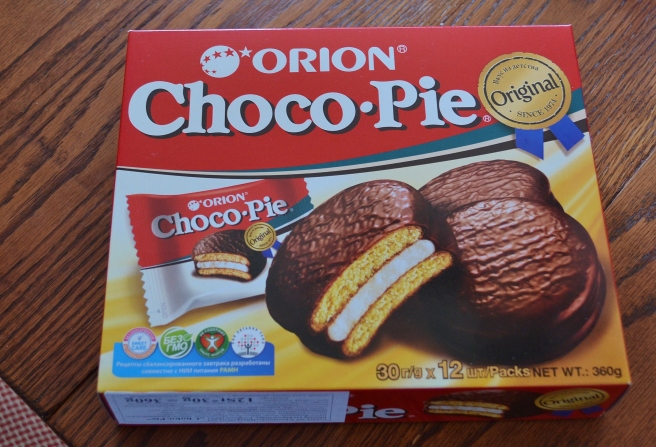 This may come as a shock, but apparently my Moon Pie post was not as loopy as it sounded to many of you. Turns out Moon Pies (or Orion Choco-Pies, their Russian/Asian doppelganger) really are a propaganda piece in the machine of Cold War.  The present tensions between North and South Korea, that is.

My sister sent me a link to this very interesting article from The Daily Mail (UK)–looks like it was published today.

The opening lines of John Hall’s article read like this:

Chocs away! North Korea unleashes latest weapon against its rivals in the South – counterfeit Choco Pie cakes to rival delicacy available over the border

Well, Mr. Kim Jong-un, the joke is on you.  You are just putty in the hands of the universal Moon Pie awakening.

2 thoughts on “Update to “Moon Pies and Moon Landings””